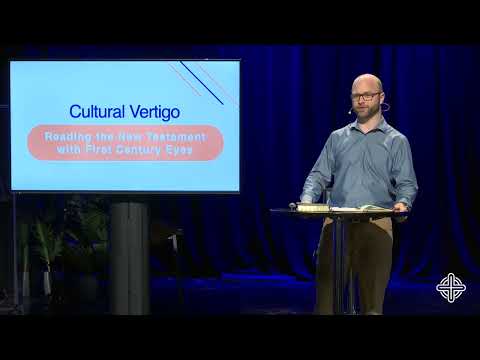 Culture wars in North America have escalated to an all-time high. Some even say the cultural tension in the United States is like what it was before the American Civil War.

The tension between the Right and Left has grown dramatically since the pandemic over issues such as voting, vaccines, masks, racism, and gender.

Much of this tension relates to the differences between individualism and collectivism. North Americans are generally individualists, but society has seen a rising level of collectivism due to more of the populace embracing Marxist ideas, which manifests in various forms.

Mark Levin describes this collectivist attitude as “American Marxism” in his 2021 book by that name. In this book, Levin explains how the core elements of Marxist ideology pervade American culture.

My purpose here is to define collectivism in general, and then draw parallels between cultures today and ancient Mediterranean culture to show how understanding collectivism can help us interpret New Testament texts.

What Is Collectivism vs. Individualism?

Collectivism is the belief that a person’s identity is primarily understood in terms of group membership.

Individualism, on the other hand, is the belief that a person’s identity is primarily understood in terms of individual rights, freedoms, and achievements.

We’re rugged individualists even. Our Constitution upholds the sovereignty of the individual. Individual rights are a great gift, by the way, and should be cherished, as Jordan Peterson articulates in his video on collectivism vs. individualism.

Yet we still find ourselves embedded in various groups. For example:

We also have various group identities. Some might add:

So while we are individualists—meaning our primary sense of identity has to do with the individual—we still have group identities.

But we’re not a collectivist culture, because our individual identity supersedes our group identity. We have group memberships, but what’s more important are our individual characteristics, achievements, and thoughts.

So as Americans from Western culture, we generally view other people, cultures, and literature from an individualist mindset. That’s why to read collectivist texts, such as the New Testament, we need “cultural vertigo.”

We need a reorientation of our minds.

Collectivism and individualism are neither bad nor good. They are merely the cultural leanings of different societies in general.

Read Jim Putman and Chad Harrington’s The Revolutionary Disciple to see how Christians should engage a politically divided society.

Just because you’re a collectivist, that doesn’t mean you’re a Marxist or a communist or anything specific. It’s a general description of a person’s mindset about identity.

And just because you’re an individualist, that doesn’t mean you don’t care about group identity and membership. Rather, you prioritize the individual over the group.

This nuance is important because when we read the New Testament, we must understand that the earliest disciples of Jesus lived in a collectivist culture.

Examples of Collectivism in the New Testament

New Testament scholar and cultural anthropologist, Bruce Malina writes, “Instead of individualism, what we find in the first-century Mediterranean world is what might be called collectivism. … Collectivist personality is characteristic of individuals who perceive themselves and form their self-image in terms of what others perceive and feed back to them.”1

Contrasting our culture with that of the New Testament, Malina writes:

In our culture, we tend to consider a person’s psychological makeup, his or her personality development from infancy on, as well as his or her individuality and uniqueness (personal reasons) as perhaps the most important elements in understanding or explaining human behavior, borth our own and that of others. Yet if you carefully read the New Testament writings or any other writing from the same period, you will find an almost total absence of such information.2

People in the first-century Mediterranean world thought of their identity primarily in terms of their affiliations and groups. Malina and Jerome Neyrey3  also both offer these primary categories of group identifiers

We see these group identifiers in New Testament passages such as:

We have these types of identifiers in Western cultures, no doubt, but they take the back seat in our conception of a person.

This means that while first-century society still thought of individuals as persons, to some degree, the role of the individual was to support or represent the group.

If someone stood out from the group, they were by default representative of the group—or else a deviant. If they were deviant, that brought shame and disrepute on the group.

On the other hand, when an individual did something extraordinary in their collectivist culture, that person served as the prototypical representative of their group’s values.

I want to make sure I address one potential confusion: Collectivism in general terms is not the same as critical theory (and its variations like critical race theory). Collectivism is neutral and speaks only to identity orientation; it has no particular agenda. It’s not a philosophy or specific approach to life; it’s a mentality that manifests in different ways throughout time and culture.

Collectivism, therefore, is generic, whereas critical theory has a specific aim, purpose, and historical origin.

German philosopher Max Horkheimer first defined the term “critical theory” in his 1937 essay “Traditional and Critical Theory.” For Horkheimer, a social theory has the express aims of scrutinizing and changing society, whereas a traditional theory only seeks to understand society. Further, a theory is “critical” in how it desires “to liberate human beings from the circumstances that enslave them,” Horkheimer wrote.

As I mentioned, the collectivist personality finds identity primarily from group membership, and the individualist finds basis for their identity on their individual preferences, accomplishments, and personality.

So why does it matter in understanding the New Testament world as collectivist?

1. Salvation and the Philippian Jailer

In Acts 16:31–33, we learn that salvation came to a whole family because of their group leader. Paul and Silas told the Philippian jailer, who was afraid for his life:

“Believe in the Lord Jesus, and you will be saved—you and your household.” Then they spoke the word of the Lord to him and to all the others in his house. At that hour of the night the jailer took them and washed their wounds; then immediately he and all his family were baptized.

The collectivism evident in this passage doesn’t deny individual faith. Everyone believed! Rather, it simply emphasizes the primary influencer on personal decision.

The catalyst for the family’s salvation was their group’s decision, which stemmed from their group representative, the father in this case. That is, the Philippian jailer believed, and because he believed, he influenced his entire household to believe as well.

Let’s look at group representation in another social scenario.

In John 11:49–50, we read a profound example of group representation. In a heated debate about what to do with Jesus’ growing popularity, the high priest, Caiaphas, argued: “You know nothing at all! You do not realize that it is better for you that one man die for the people than that the whole nation perish.”

Caiaphas sought to persuade the group that if they killed Jesus (“it is better” … “that one man die”), it would save their nation. John interpreted this for his audience in a way that was familiar to them: Caiaphas had spoken prophetically about Jesus’ preventative death for the nation of Israel. Jesus was the corporate representative of God’s people, and instead of Jews taking on the punishment due humanity, Jesus died on our behalf. Further, this same principle applies to the whole world in that Jesus died for all of humanity.

Jesus is our saving corporate representative.

We see a similar corporate representation in Romans 9, where Paul references the patriarchs and even Pharaoh. This cultural insight helps us rightly interpret the meaning of this passage.

Paul starts out, using himself as a sort of group representative:

For I could wish that I myself were cursed and cut off from Christ for the sake of my brothers, those of my own race, the people of Israel. Theirs is the adoption as sons; theirs the divine glory, the covenants, the receiving of the law, the temple worship and the promises.

Then, we get to the controversial passage in Romans 9:13: “Jacob I loved, but Esau I hated.”

People often use this passage and its surrounding context to argue for double predestination (that God chooses ahead of their birth which individuals will be saved and who will be condemned).

While I understand this argument, these two individuals are not random examples of people from which we can extrapolate theology about how God deals with all people.

Rather, these two men represented the patriarchal promise to create a nation blessed by God. That is, Jacob was the father—the collective representative—of the twelve tribes of Israel.

This shows just how deeply Jacob’s personal identity was embedded in his group.

So Paul is not delivering a theology about every person in generic terms. The surrounding context reveals—as does the arc narrative structure of Romans—that Paul is retelling the story of Israel as a group, using her representative players as prototypical members of the group for concise storytelling.

This helps us interpret this passage, then, as talking about the favor God placed on the group associated with Jacob, not Jacob individually.

Understanding collectivism can also help us understand election in Ephesians 1 and the nature of redemption—even sanctification—in Romans 7–8 as well.

Those are passages to read in light of first-century Mediterranean collectivism, which dominated the cultural mindset of the people who read the New Testament.

As you can see, this holds great implications for how we interpret various stories and passages.

Watch my full lecture on this topic: “Cultural Vertigo: Reading the New Testament with First-Century Eyes.”

I also recommend two books that each have a chapter on this topic:

The meaning of “collectivism” has an array of meanings depending on the time and place of the culture that inhabits this mentality. For the first-century eye, it meant reading New Testament documents with the group in mind.

In order to respect their culture, we must take this into account at nearly every step of the way.

However, that’s not to say that first-century Mediterranean collectivism is the same as the growing American collectivism. They both share a focus on the group for one’s identity, but they differ in substantial ways.

The substance of the group’s purpose, aim, and nature differs. So even as we see a form of collectivism in America, or in other cultures today, we must still be sensitive to the first-century culture, which varied from place to place and from people to people.

Read Chad Harrington’s book with Jim Putman, The Revolutionary Disciple, to learn how to walk humbly as a disciple of Jesus in the political sphere.

How to Humble Yourself: The Four Core Practices of Humility

Learn to humble yourself through the four core practices of humility in the ways of Jesus: serving, submitting, listening, and confessing. The following is adapted… Read more »

Humility in the Bible: Knowing Who You Are and Making a Choice

Humility in the Bible finds its clearest definition in how Jesus taught his disciples to walk: Knowing our position and choosing to go lower. The… Read more »

The Sword of the Spirit: The Spoken Word of God

The sword of the Spirit in Ephesians 6 is the spoken word of God, and through practice we can wield well God’s word to fight… Read more »

Discipleship articles delivered to your inbox, free.
Shopping cart
There are no products in the cart!
Continue shopping